Inflammation is both good and bad for the body.

It’s good because it helps your body to defend itself against injury and infection. However, if you suffer from prolonged bouts of inflammation, this can lead to gaining weight and disease.

Foods that exacerbate the inflammation, stress and low levels of exercise only serve to make this worse. Luckily, there are some foods out there that can help to fight inflammation instead of encouraging it.

Berries comprise any small fruit. From blueberries and raspberries to blackberries and strawberries, they all contain a healthy amount of fiber, minerals, and vitamins.

Berries also contain high levels of antioxidants. One of these antioxidants is called anthocyanin. This particular antioxidant is effective in helping to reduce inflammation.

While you may not think of fat and fish as synonymous, they are. In fact, the fattier the fish, the better it’s going to be at helping to reduce your inflammation woes.

This is because fatty fish produce a number of nutrients in the form of omega-3 fatty acids. While all types of fish come with omega-3’s, some species, in particular, are chock-full of the stuff.

The kinds of fish that you want to eat to get your daily dose of omega-3 are herring, mackerel, anchovies, sardines, and salmon.

There are two main types of omega-3’s found in these types of fish: DHA and EPA. Both of these omegas help to reduce inflammation, especially when it relates to diabetes, heart disease, metabolic syndrome, and kidney disease.

This is because when you eat fish like this, your body metabolizes the omega-3 into different compounds entirely, that ultimately help to reduce inflammation.

While you may not have liked broccoli growing up, hopefully, you’re more familiar with it now, because it’s a powerhouse of nutrition.

It comes under the cruciferous vegetable umbrella, which is just a fancy term for a group of vegetables that include brussels sprouts, cauliflower, and even kale.

While the thought of eating brussels sprouts is even more far-fetched, these vegetables are known for their incredibly high levels of nutrition. In fact, they’re so good for you that they’ve been associated with a decreased risk of cancer and heart disease.

Now, this could be for a number of reasons, but some would suggest that a big reason why they’re so good for these diseases is that of their ability to reduce inflammation. It’s also worth mentioning that they have a bunch of antioxidants that also help the body to heal itself.

One of the antioxidants found in broccoli is called sulforaphane. It is directly linked to fighting inflammation.

If you don’t like brussels sprouts or broccoli, the next food item on our list may be a little easier to swallow.

It’s a bold statement, but avocados may be one of the few foods out there that are actually worthy of being called a superfood. This is because they’re packed to the brim with magnesium, fiber, potassium and, most importantly, monounsaturated fats that your heart will thank you for.

As well as this list of accolades, avocados also contain tocopherols and carotenoids, both of which can significantly reduce the risk of cancer.

It’s hardly worth mentioning at this point, but yes – avocados also contain a compound that can help with inflammation.

Green tea shouldn’t be anything new. You’ve probably heard a dozen times that you should give up coffee and drink green tea instead.

While it’s still got the caffeine, it also comes with some bonus nutrition. Where to begin? Green tea can reduce your risk of developing Alzheimer’s disease, obesity, cancer, and heart disease.

The reason why it’s such a powerhouse of a beverage is that it contains both anti-inflammatory and antioxidants properties.

Heading back to vegetables, there’s another category that isn’t green, but is just as good for you.

Both chili and bell peppers come full of vitamin C, as well as anti-inflammatories and antioxidants that of course have a positive effect as well.

Bell peppers have a special antioxidant called quercetin that can directly improve people who are experiencing severe bouts of inflammation brought on by sarcoidosis.

Chili peppers also come with a host of their own nutrients. These include a couple of acids, called ferulic acid and sinapic acid, which can help to reduce inflammation and even increase your chances of aging well.

You’ve most likely seen mushrooms growing in the wild – they’re pretty common. This is because there are thousands of varieties that exist worldwide. Sadly, though, only a very slight percentage of these are edible and therefore grown for human consumption.

Out of these varieties, you may have heard of Portobello, truffle, and shiitake. Mushrooms are a favorite in the world of healthy eating because they’re low in calories, yet full of things like B vitamins, copper and selenium.

They also contain antioxidants, as well as phenols which have a natural anti-inflammatory effect.

It’s worth noting, however, that when you cook mushrooms, you can cook a lot of the nutrients out of them. If you’re game, we recommend eating your mushrooms slightly seared or even raw to get the full effect.

It’s nice when there are sweet fruit options when it comes to anti-inflammatory foods. That way, you don’t even have to think about how you’re going to reduce your inflammation through diet.

The main ingredient in grapes that can help to reduce inflammation is anthocyanins. Grapes don’t just contain antioxidants like a lot of the other foods on our list. They are also known for decreasing your risk of a number of diseases.

These include diabetes, obesity, heart disease, and even eye conditions.

If you’re not already on the turmeric buzz already, you’re going to be.

Turmeric has recently gained somewhat of a cult following for its natural health benefits. Used in a lot of Indian cooking, it’s recently gained popularity internationally for, in particular, its anti-inflammatory properties.

The name of the winning nutrient here is curcumin. Curcumin is known for helping to reduce inflammation related to both diabetes and arthritis, as well as a number of others.

The best part is, you don’t even have to eat all that much. In fact, one gram a day should do the trick. This can easily be added to your rice, and may even encourage you to try your hand at cooking more curries.

Finally, a valid excuse to put olive oil with, well, everything.

In fact, extra virgin olive oil is not only good for you, but it’s one of the healthiest fats you can consume. This is because, like avocado, it’s full of monounsaturated fats. It’s also known for being a well-established fixture in the Mediterranean diet, and for a good reason too.

Olive oil has been known to reduce your risk of brain cancer, heart disease, and other serious health conditions. In fact, it’s so good at what it does that one antioxidant on the list has a similar effect on inflammation as ibuprofen.

Just remember, though, that the more unrefined the oil, the better it will be for you. That’s why extra virgin olive oil is incredibly good for you – better than olive oil itself, which is more processed.

While inflammation may be frustrating, it doesn’t mean that you have to turn to the pain medication straight away.

While painkillers can help to reduce yinflammation and discomfort temporarily, they don’t offer a long-term solution. Adjusting your diet does. The more of these anti-inflammatory foods you eat, the higher your chance of dealing with it once and for all.

Whether it’s adding olive oil and avocado to your salad at lunchtime or waking up to a fruit salad with berries and grapes, try adding a number of these food items to your daily diet and see if you can’t heal your inflammation through what you eat. 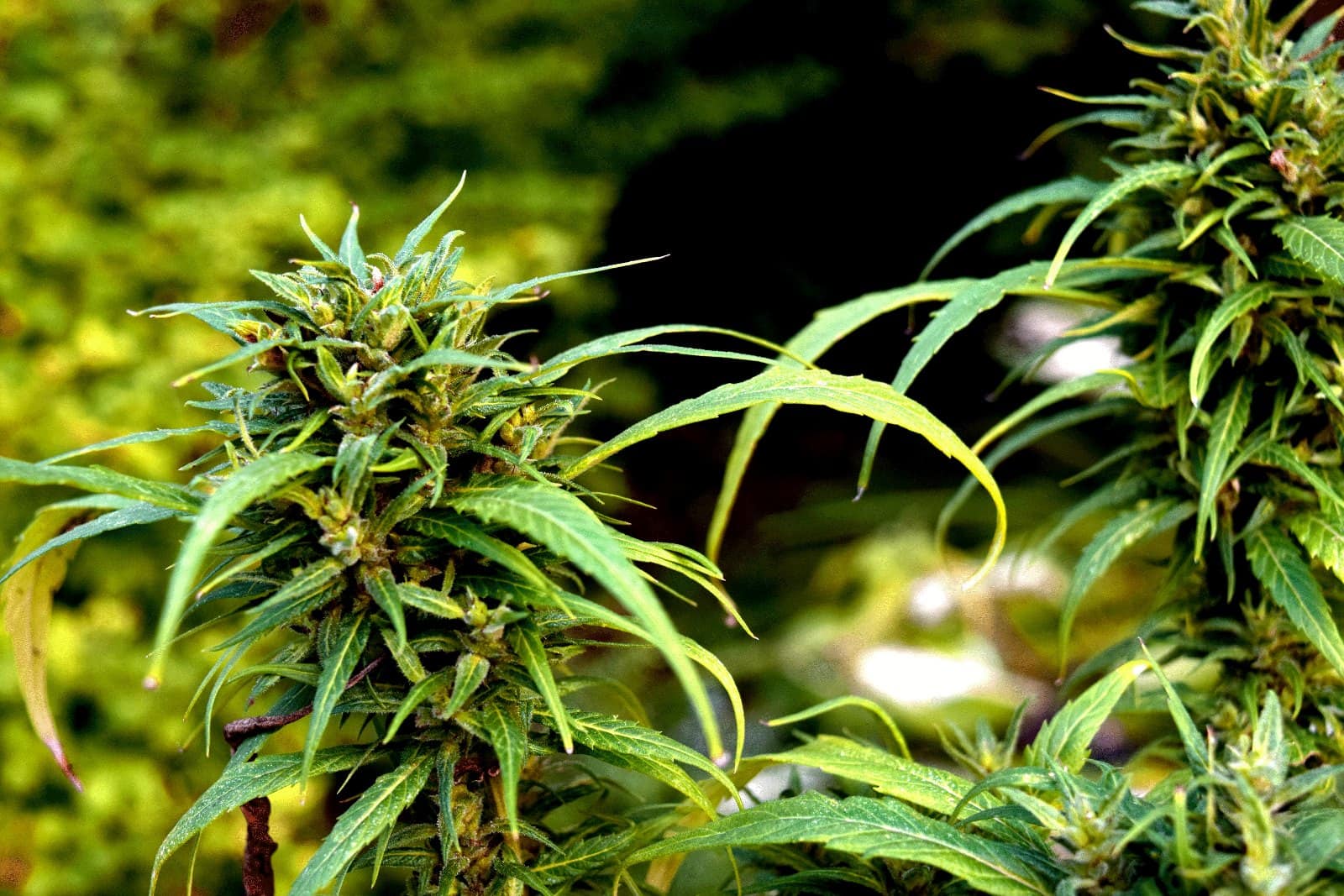